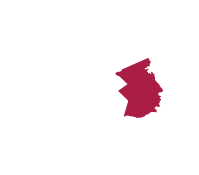 Experience the natural beauty of Mauritius from the highest peak of the island with the Hiking Trip - Piton De La petite Riviere Noire.
from 0€
Book Now

About The National History Museum

Are you ready to take a trip to the past; an historical journey to old Mauritius, dating back to the 18th century? The National History Museum is just the place for you!

Located in the South-East of Mauritius in Mahebourg, the National History Museum is a national heritage building dating back to 1772 and housed in Chateau Gheude, also known as Maison Robillard. It was also in this very same building that the two Commanders of the English and French squadrons, who were wounded in the Battle of Grand Port in 1810, were treated side by side.

Consisting of three floors out of which, two floors are accessible to the public, the National History Museum showcases several naval artefacts, the maritim history of Mauritius, fascinating early maps of Mauritius and the Indian Ocean, paintings dating back to the colonial period and a precious intact skeleton of the Dodo bird. It also contains recollections of the French colonial empire and a replica of the ancillary used in the historical battle.

The Museum is also home to salvaged items such as cannons, grapeshot and wine bottles from the British frigate Magicienne. You will also have on display the bell and a cache of Spanish coins from the wreck of the St Geran which also inspired the famous love story Paul et Virginie.

A trip to this museum is a must to those who wish to have a clearer understanding of the history of Mauritius. Elders and youngsters alike will be in awe at the National History Museum with all the history and artefacts.