Visit to the city of Port Louis 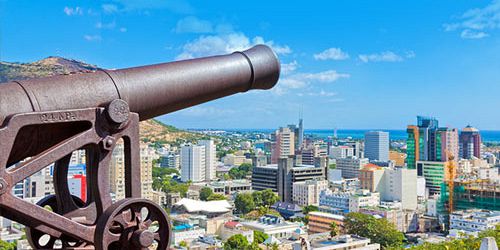 With our Underwater Adventures 1 Day Package, you can discover the underwater world of Mauritius and at the same time experience a selection of unique activities and adventures.
from 0€
Book Now

Discover the capital of Mauritius, Port Louis, where you will find the history and heritage of the island, seamlessly integrated into this bustling city.

Port Louis is the capital city and main port of Mauritius. The noted French governor, Mahe de Labourdonnais, constructed the city in the year 1735. Today it is the largest city in Mauritius and the economic and administrative center of the island.

Port Louis has conserved many historic and colonial buildings throughout the years. One of them is a fortification named Fort Adelaide built by the British in 1835. The biggest and oldest post office in Mauritius can also be found in Port Louis near the Caudan Waterfront. At the city center, there are a number of French styled buildings, which enhance the charm of Port Louis. You can tour the city and see some wonderful French colonial buildings, such as the Government House and the Municipal Theater.

Other main tourist attractions in Port Louis include the Caudan Waterfront, the Central Market, the 18th Century Police Barracks and the Mauritian Chinatown. While strolling the city streets you will even come across the Anglican and Catholic cathedrals, the main city Mosque and the Natural History Museum, where you can get a glimpse of the cultural heritage of the island.

Port Louis is definitely a must-see place to visit during your stay in Mauritius.

Sightseeing and Things to do in Port Louis