Mauritians are proficient in several languages. People use many languages and dialects to communicate among themselves and the multi-ethnic characteristics of Mauritius make it a multi-lingual country. Most Mauritians are at least bilingual, if not trilingual.

The Mauritian Constitution makes no mention of an official language and its one million citizens speak English, French, Mauritian Creole, French-based Creole, and ethnic languages such as Hindi, Telugu, Tamil, Malayalam, Marathi, Urdu, Tamil or Mandarin. 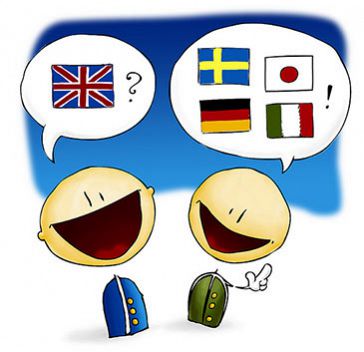 Both French and English, which have long enjoyed greater social status, are favored in educational and professional settings.

English is generally accepted as the official language of Mauritius as it is the language of government administration, the courts and business sector.

The dominant language in the mass media (newspapers, magazines, radio and TV), as well as in corporate and business dealings is French. In fact, even English language television programmers are usually dubbed into French. French is also the main language of instruction used in the education system.

Mauritian Créole, which is spoken by the majority of the population, is considered to be the native language of the country and is used most often in informal settings. There is no official written standard for Mauritian Creole; words are often spelt differently from standard French during verbal communication.

The Mauritian Creole was developed in the 18th century by slaves who used a pidgin language to communicate with each other as well as with their French masters who did not understand the various African languages. The pidgin evolved with later generations to become a casual language.

The current Mauritian Creole used by the majority of Mauritians incorporates some words from diverse sources including but not limited to French, English, Dutch and Portuguese, and has slight pronunciation differences from standard French.