The beauty of Mauritius is beyond words. Rich with lush forest, wild waterfalls, unique wildlife, rocky mountains, white sand beaches and breathtaking crystal clear turquoise lagoons, Mauritius is a dream holiday destination for tourists from all over the world.

Mauritius is becoming one of the most popular destinations for tourists from all over the world looking for a high-end holiday on a tropic amazing paradise island. 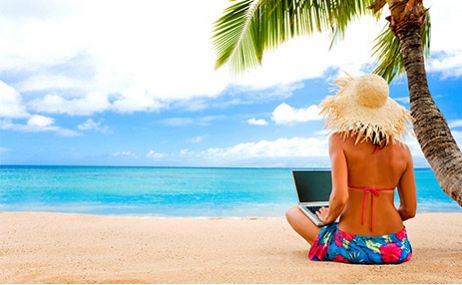 Mauritius possesses a wide range of natural attractions as well as many man-made attractions, all for you to enjoy a sub-tropical climate, clear postcard beaches, calm sea conditions, tropical fauna and flora complemented by a multi-ethnic and cultural population that is friendly and welcoming.

These tourism assets are Mauritius’ main strength, especially since they are backed up by top class beach resorts and hotels, reliable and operational services and infrastructures.

The hotel industry in Mauritius is a very well organized industry. The industry has constantly upgraded the quality of accommodation to cater to the demands of the International traveler.

Many resorts and hotels have been accommodated with the latest technology and services for the indulgence of tourists, with their large variety of services like the sauna, massages, private Jacuzzi, well-designed gardens, providing fairylike atmosphere.

The Island of Mauritius had about 18,000 visitors in 1970 and in the last few years this number is almost reaching 1 million visitors to Mauritius annually.

The tourism sector is one of the main pillars of the local economy, and created 30,000 full time job equivalents in 2000 and the number today it is estimated that almost 40,000 has full direct employment in the tourism sector.

The amount of resorts and hotels along Mauritius coastline is increasing every year to accommodate the increasing number of tourists visiting the Island.

Growth in the Mauritius Tourism and in Tourist Arrivals 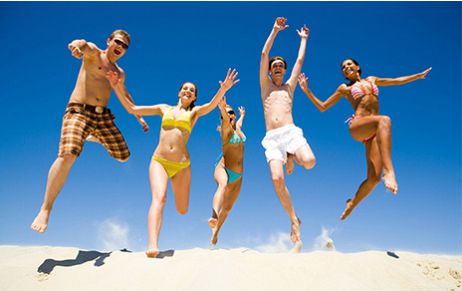 The year of 2009 has been a record year for Mauritius having the largest number of visitors to the Island so far.

During 2009 Mauritius has reinforced its place as a leading destination for the French people (from France and Reunion) with a strong progression.

During recent years about 67% of the tourist arrivals are of European origin, with France and Great Britain originating almost half of the visitors. The nearby Reunion French Territory is the most important short haul source market accounting for about 13% of total tourist arrivals. Asian residents provided 6% of tourist arrivals, almost half of which originated from the Indian Sub-Continent. With that, during the last few years there is a drastic increase of visitors’ arrivals from the Republic of China.

Total number of nights spent by tourists during a year period was estimated to about 7.5 million. The average length of stay works out to around 10 nights.

Tourism is the third pillar of the economy of Mauritius after the manufacturing sector and Agriculture. The tourism contributes significantly to economic growth of the island and has been a key factor in the overall development of Mauritius.

In the past two decades tourist arrivals increased at an average annual rate of 9 % with a corresponding increase of about 21% in tourism receipts. Tourism contributed about 14 % of Mauritius GDP.

Independent since 1968 and a Republic since 1992, Mauritius is known as a democratic state which keeps the separation of legislative, executive and judicial powers.

The island of Mauritius also enjoys political stability; while the President is the Head of State, the Prime Minister has full executive powers and is the Head of Government.

On the eve of independence in the early 1970s, the island set out to diversify its economy by encouraging the establishment of export-oriented companies within its Export Processing Zone (EPZ) and the development of the tourism industry.

The offshore and Freeport sectors also steadily developed, and new areas of growth emerged such as Business Process Outsourcing (BPO), sea food processing, duty-free shopping and the Integrated Resorts Scheme which opened the door for foreigners to acquire property in Mauritius.

The average growth rate, over the past five years, has been around 5%.

The government of Mauritius has adopted new strategy for developing the local tourism industry which is referred as the “opening of the sky” action plan. The main idea is to develop new markets, which include penetrating to new countries and new client profiles.

The government also encourages the building of new hotels for increasing the number of rooms available on the Island. It was also decided to lunch a numerous Integrated Resort Scheme (IRS) projects and organize selection of international cultural events.

Tourism to Mauritius has experienced consistent growth in recent years and following the government efforts for developing the local tourism sector, it is most likely therefore that the tourism sector will continue growing in coming years. The developed infrastructure, access to cost effective and educated labor, attractive investment incentives and existing linkages with industry representatives in European Union (EU) and Eastern and Southern Africa put Mauritius in an excellent position to take advantage of growth opportunities.

Following these efforts, the Mauritius Government expects an increase in the number of tourist arrivals to as much as 2 millions tourist per annum by 2015.