The Mauritius Satellite view map consists of satellite photographs of Mauritius made by means of artificial satellites which surrounds our planet.

The true beauty and the real advantage of the satellite view map is that it offers true live colors of the earth as captured by the satellite.
While referring to the Mauritius Satellite Map, it is possible to see the mountain ranges, coastlines and the dominant green color which represents the many fields and forests of Mauritius Island, which in most parts is a green island rich with vegetarian, fauna and flora.

The Satellite Map of the Island also provides a very good imagery of the lagoons surrounding Mauritius. Almost along the entire coastline of Mauritius, it is possible to see the turquoise color which represents sallow lagoon water protected by coral reef.

The map also provides a good view of the main cities (grey color) and of the areas of concentration of the Mauritian population. Most of the population is concentrated in Port Louis area and south east of Port Louis - the district of Plaine Wilhems.

Click on the map image to see a larger image of the Mauritius Satellite view map. 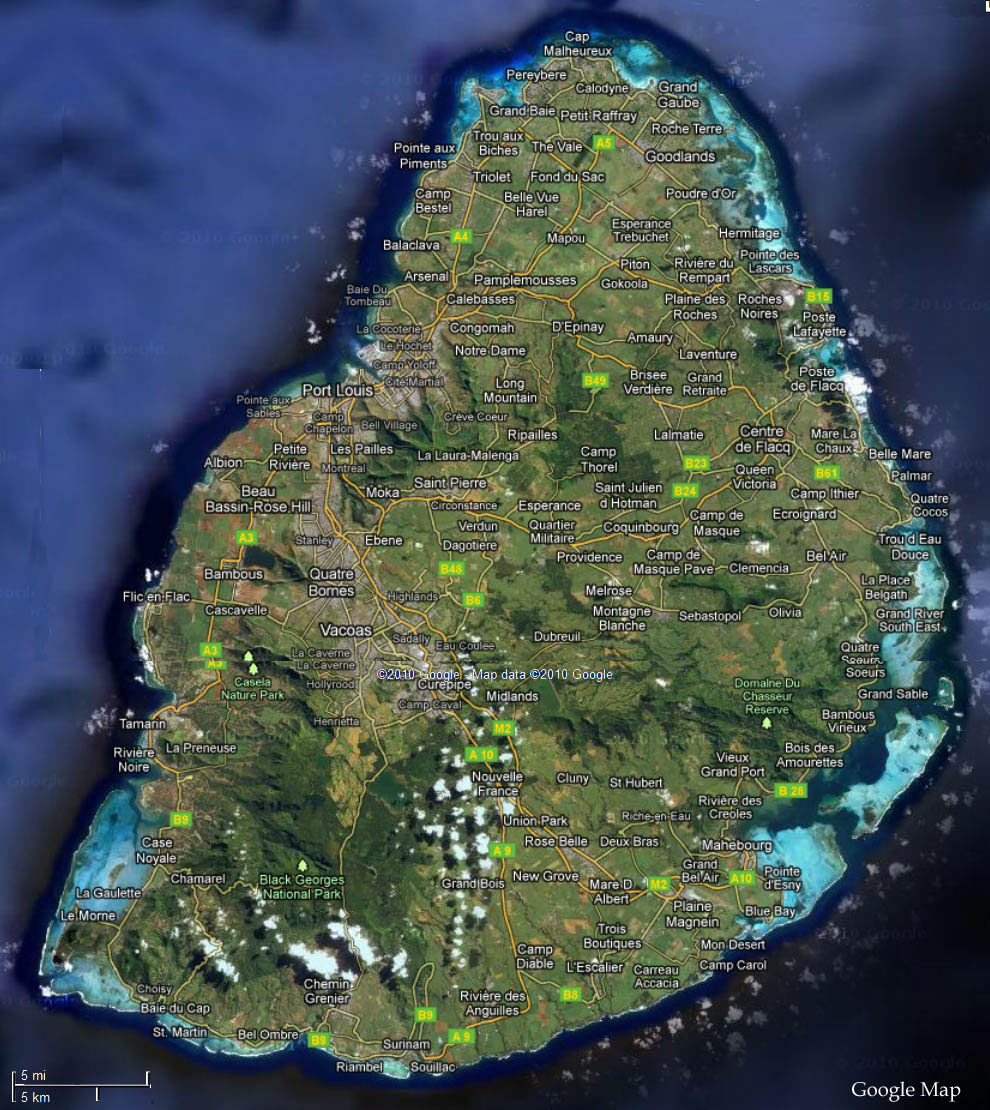